The circulation of the new Europa series 10 Euro banknote began today, a banknote that follows the changes presented with the new 5 Euro banknote, last year on the 2nd of May 2013. 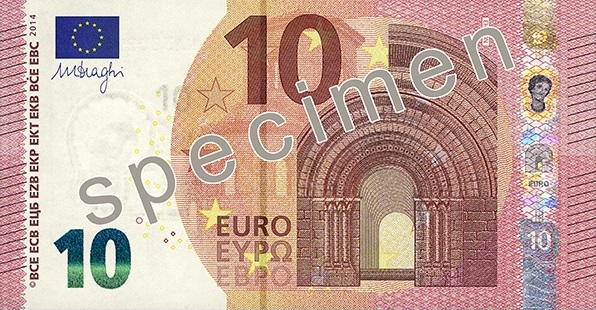 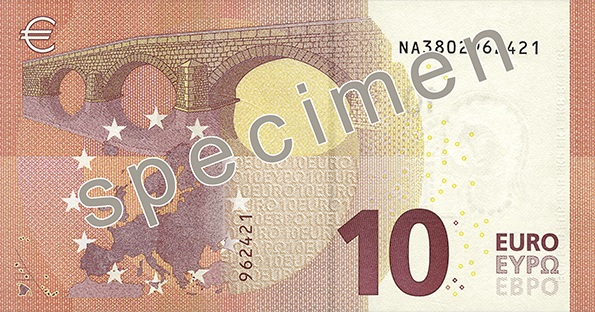 As it is mentioned on the website of the European Central Bank: “The ECB and the national central banks of the Eurosystem are conducting an information campaign about the Europa series, which includes a dedicated website. The campaign aims to help the public recognise the new notes and their security features. In June 2014, the Eurosystem distributed information materials on the Europa series and specifically on the €10 to professional cash handlers working in over 3 million shops and banks in the euro area. To mark the launch of the new €10, a social media competition called “Selfie with the new €10” is being held via Twitter and Instagram from 23 September until 30 November 2014.
(…)
Lists are available on the ECB’s website of banknote authentication devices and handling machines which have been tested by the Eurosystem central banks and adapted to recognise the new €5 and €10 banknotes. Of course, the new banknotes can also be easily checked using the simple “FEEL, LOOK and TILT” method, as with the first series of euro banknotes.”