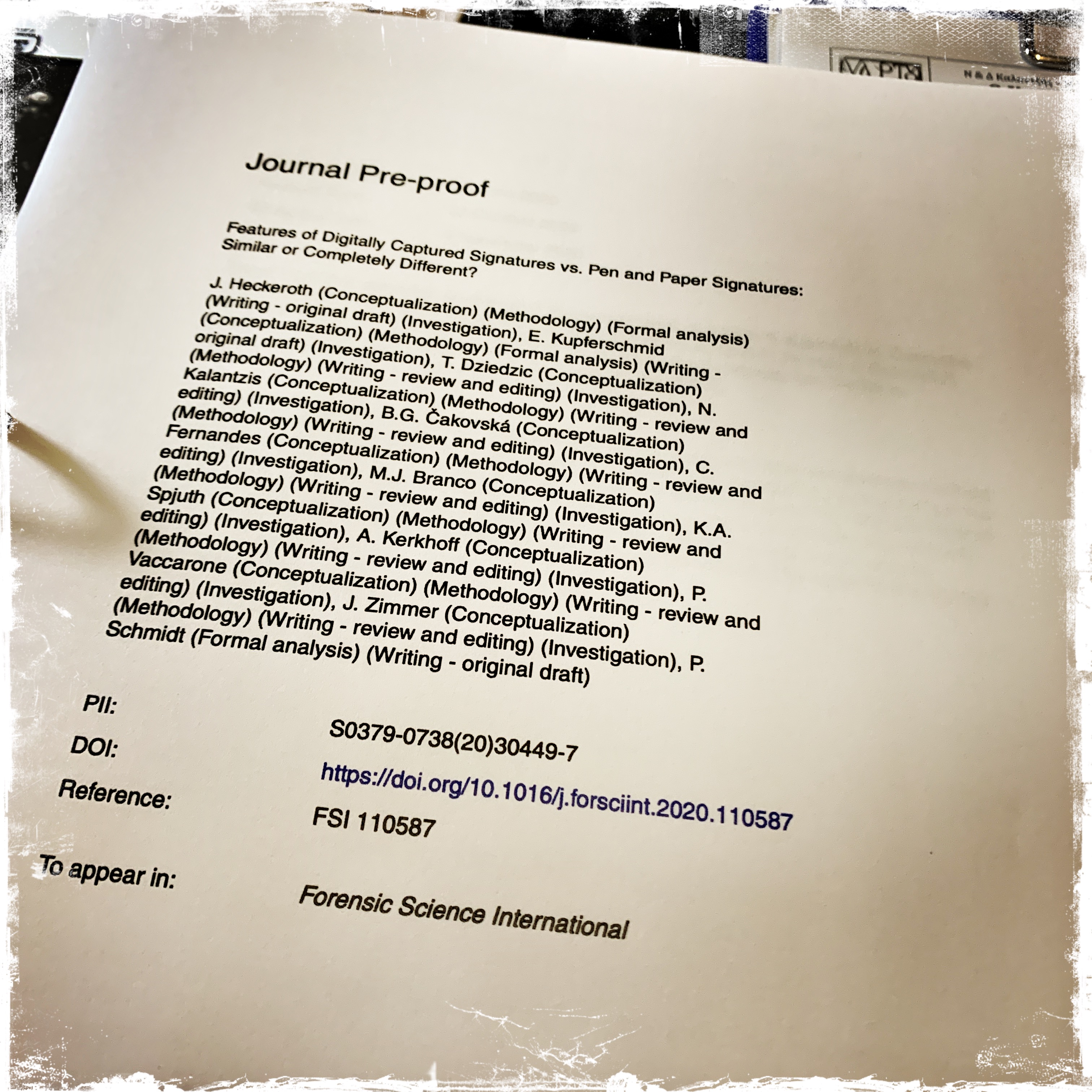 The question of whether digitally captured signatures and conventional signatures executed with a pen on paper differ in their characteristics is of practical relevance for forensic handwriting examiners. Due to gaps in the current literature, the present research is dedicated to this issue. Eighty persons signed in three conditions: a) with a stylus on a pad, b) with an inking pen on a sticky note attached to a signature pad allowing to obtain a digital and an analogue version on paper of one and the same writing simultaneously, and c) with a pen on paper. The first step was to investigate to what extent the character shape and number of pen lifts differ between the digital and analogue representation of one and the same signature. This revealed minor differences which are due to technical characteristics of the devices used. The observed distortions are of minor practical relevance according to ratings by eight participating forensic handwriting examiners. Subsequently, signature characteristics were compared between the three different writing conditions in a casework-oriented way. Statistical multi-level models indicate significant differences between the three signature types, but minor effect sizes in most of the examined characteristics. From the point of view of the participating handwriting examiners, these factors do not fundamentally restrict the comparability between digitally captured and conventional signatures in practice. However, caution should be exercised when generalising the results, as several factors, such as the usage of different signature pads as well as signatures made with the finger instead of a stylus, could result in more important differences compared to pen and paper signatures.